This cigar was reviewed blind (no bands) by a panel of at least 4 reviewers. They did not know what they were smoking beforehand. The scores are an average of all the reviewers’ scores with outliers removed.

Doc, from tale of Snow White and the Seven Dwarfs, is the pompous, bumbling, stammering, self-proclaimed leader of the seven dwarfs. Their smallest vitola, it’s a reminder not to take ourselves too seriously and that there is value to humor in any story.

“This stout cigar is presented in a firm box press, and is sporting a velvety soft, dark chocolate brown wrapper leaf. The brown is uniformly dark and has no obvious splotches or blemishes. The wrapper is carefully applied with nominal veins and nearly invisible seams.” –Jason H. (Jokey Smurf)

“From the get-go this was a fairly full bodied cigar. It lit up with a blend of earth and oatmeal with a light pepper spice. The cigar quickly settled into flavors of earth, oak and coffee. There was a heavy oak presence on the retrohale, along with pepper.” –Isaac M. (The Nothing)

“The first puffs of this stout little cigar were chock full of pepper and laden with leather and dark cacao flavors. The draw was absolutely wide open…giving me tons of smoke, but making me cautious of overheating the cigar.” –Jason H. (Jokey Smurf) 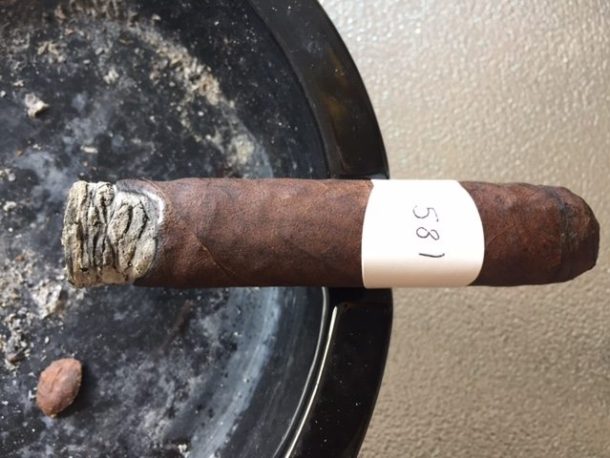 “So far a nice balance of coffee and burning wood. The aroma is reminiscent of a campfire. The spices and peppers are becoming stringer but not to a point that they overshadow the main flavors. Very nice so far.” –Eric (smalls29)

“The second third saw the oak flavors fall away and were replaced with semi-sweet chocolate. Combined with the coffee that had been there the whole time, it is delicious. Occasionally I was able to pickup the oatmeal note that was found at the beginning of the cigar.” –Isaac M. (The Nothing) 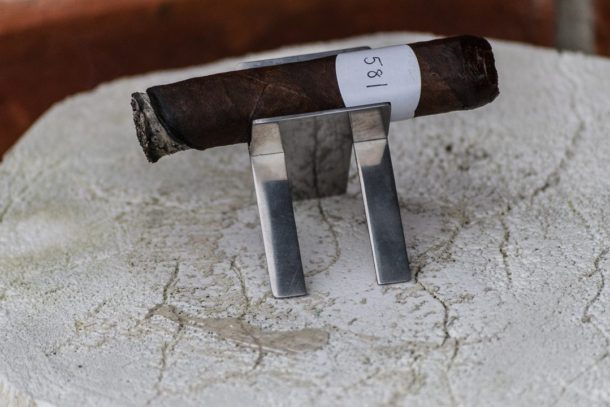 “The final portion of this cigar edged into a delightful full body with the reintroduction of the leather and some black strong coffee. A great ride!” –Jason H. (Jokey Smurf)

“Yeasty bread notes compliment the leather and toast. An occasional cinnamon note on the finish is a pleasant surprise. The flavors strike a perfect balance as the begin to mellow near the finish.” –Gregg (McGreggor57) 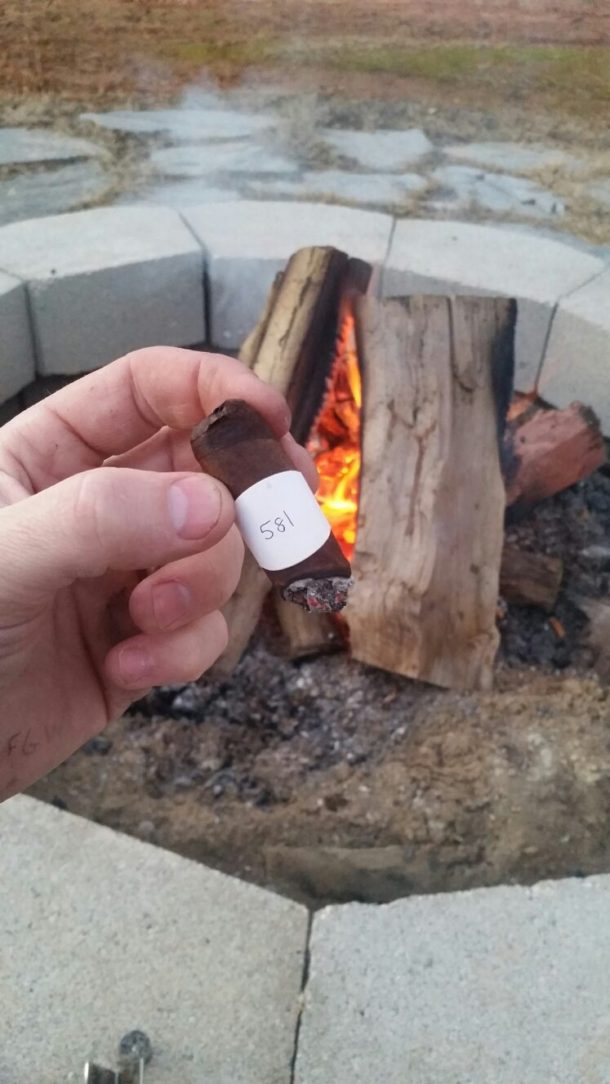 “The draw on this cigar was just about spot on. If anything I might say it was just a bit light.” –Isaac M. (The Nothing)

“If I could find any fault with the cigar, it was in the burn. It did require a couple touch-ups and never did burn exactly straight. It did, though, give up a satisfying amount of smoke.” –Isaac M. (The Nothing)

“This cigar looked wonderful. I think the box-pressing of this cigar may have lead to a slight under-filling of the blend which may have caused the slight burn problems and the lighter-than-average draw.” –Isaac M. (The Nothing)

“Despite an extreme bitterness at the very end, this was a good cigar. The coffee and wood flavors were a nice balance. As time went on, the flavors became bitter, but in a way that actually complimented the coffee. It was a nice bold flavor overall that added to the experience.” –Eric (smalls29)

“This cigar, based on looks alone, was one that I was anticipating. The best part is that it didn’t disappoint. Fuller flavored. Fuller bodied. The flavor of this cigar was spot on, to the point that I was easily able to forgive the burn problems. I found that this cigar liked to be smoked, not set down to rest, which was fine because I didn’t want to put it down.” –Isaac M. (The Nothing)

“This full-bodied smoke was a joy to experience. The wonderful flavors, along with the excellent performance were just what I needed tonight. This cigar that on all cylinders. Very highly recommend to the experienced cigar smoker. I hope they make a larger size for the summertime!” –Jason H. (Jokey Smurf)

“Flavor-wise this was a very good cigar, with distinct transitions through the thirds. So much so that I re-lit it once again to finish to the nub. The effort required to keep this one lit, however, would have me thinking twice about another. Looking forward to reading my fellow panelists reviews.” –Gregg (McGreggor57)

“The oval shape, dark wrapper and the triple cap were all pluses, but when you talk meat & potatoes, this blend was not enjoyable. The dark beautiful wrapper was very deceiving as it was very one dimensional and left my palate bored. Dealing with an uneven burn is not fun. I truly hate giving out a negative review.. Better luck next time (maybe)?” –Jeff R. (JR)

To view the complete scores and notes, click here.