Review by Kap Kaplowitz on www.kaplowitz.blogspot.com 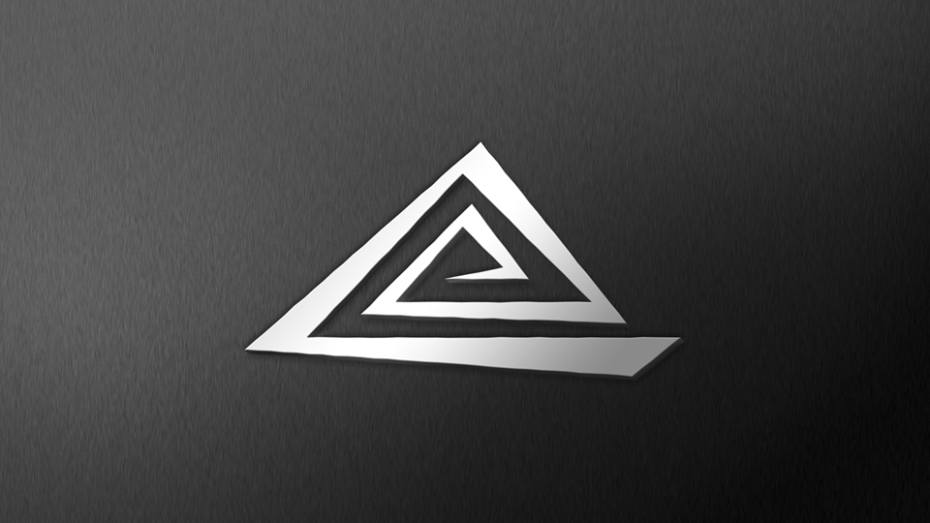 Remember back when I interviewed Mitul and Sean about the upcoming launch of their new brand? You should probably read that HERE. Well, guess what finally arrived in the mail about a week ago? That’s right, my garbage bill, and it’s overdue again. I can’t seem to remember to pay the damned thing. But then the next day, the next day, a preview of Fourth Prime. Fable’s inaugural offering.

Pre-orders will begin shipping in January of the sci-fi sounding year 2016. If you’d like to place your order, or find out more about Fable Cigars, Please to scope they website, dawg. www.fablecigars.com. As always, tell ’em Kap sent ya. It won’t get you a better deal, but it might score me a free stick or two. Thanks in advance, bubalah!

Not a very stiff box-press, just enough to tailor a nice fit. Also helps the hand-feel act in a less cumbersome fashion than a 54RG normally would. Feels perhaps a tad light. The temp band is a reverse-side up Skip Martin thing and like every RoMa band ever I came across — I can’t for the life of me get the thing off… … … there.

Dark chocolate/full city roasted coffee bean complected, with a yellow to peach undertone and slight greenish black marbling over top of that. A doozy of a vein in the 1/3 catches my eye, and too, there’s one nearly as large in the 2/3. Good amount of spider veins, as well. I want to say rustic — but the vibe I’m sensing is cosmopolitan. Is this stick a Hispster??? There’s only a slight sheen and no tooth. Seams are pretty plainly visible but are tight and even. Cap is neatly affixed. Tobacco peeks out the foot and is a powerful and coated dark brown with ticks in color all the way up to a medium dark brown. Packing there is looking like a -medium density.

Hand-feel, beyond the lighter than expected weight I already mentioned is a nice supple yet dry touch. Not dry as in tinder, dry as in clean. A slight peach fuzz can be felt. Kinda a lively feel in the ol’ mitt. A quick Charmin squeeze shows a quite loose pack, let’s say loose+. It is evenly dense throughout.

Bringing the barrel of the Fourth Prime to my schnoz, I’m knee deep in manure and I don’t know whom’s, but they most recently ate chocolate. Sniffing at the foot adds some sweet spices and more dark chocolate, the real dark, nearly waxy type. Nibbling off the cap, I get a solid medium draw resistance and a sprig of mint surprises me from inside the dark chocolate. Nice peppers are there, too. They bring a tingle to my tongue and cheek. Between the tingle and slight mint — I’m feeling oddly refreshed — for an 86 year-old man. On the far end of the cold draw there’s a green note. Perhaps it’s a lingering of the mint, but it has a fresh cut grass vibe to it. Backing thus far is a suede thing. I find it a curious cold pull, so I keeps cold pulling a couple of more times and an espresso note comes off from the mint, which I find odd — odd sounds bad — I find it a rare occurrence.

4:43pm
Toasting the foot lets loose a peppery hardwood zetz backed by a manure note laced with a brown sugar/molasses. First hot draw is interesting, as well. It’s compost now with chocolate and a coffee trace on a leather backing. Follow? Nothing again odd yet, but then at the middle of the draw a somewhat vegetal or green pepper thing comes in and then a warm, warmer, near hot cayenne note flows to the finish where a more dairy chocolate meats it with a small sip of hazelnut coffee. Second hot pull is retro-haled to a big dose of black and red peppers, cayenne, and a sweeter spice further back — a typical cinnamon nutmeg baker’s spice thing. Third hot one is a settled version of the first with a shot of black pepper that goes to my tongue and lays there all tingly and whatnot. There’s a toasted cream mounting on the mouth-feel and adding nice weight to the body, where it attracts chocolate and coffee to make a mocha. I don’t detect any more mintiness, but a slight green remains and makes for a refreshed though hefty palate.

Burn is wavy and its line a medium thickness. Draw is medium+. Construction loosens an inch ahead of burn. Box-press rounds out there. Ash is grey to near charcoal ladder rungs of oiliness. Smoke off the foot is medium+ volume and slightly greenish, especially when pulled. Profile is a medium, and a solid one, and we’re only just getting going.

Ash makes it  barely to a half inch of hot powder with a light trace of oils. Smoke out-put is a high volume affair from cap and foot. Room-note is now a leather and wood primary with a chocolate dipped in honey backing. Actually, that’s not far from what’s happening on the draw. It starts with coarse black pepper, then that cayenne trailing off which lasts through the finish. On this are notes of triple shot mocha with caramel grated atop its toasted whipped cream topping. Hard leather is the backing note, and that has a nice second dimension of a vague compost which softens and inherently sweetens. Nice. Not overly complicated or mind-blowing, but nice. Did I mention the strength? Can you please answer the door? I don’t wanna get up, thank ya.

Black pepper, cayenne, chocolate, espresso, caramel, toasted cream, leather, and thin compost. At the end of the opening act, molasses rises again and it brings a hardwood back with it, both are intermittent and never apart from one another. They mainly appear on the finish and mix nicely with the toasted cream mouth-feel. -Full body. A stiff strength that comes on nicely, not in an abrupt fashion.

The burn is running a good bit, it’s doing so alongside a vein. I char the rest of the burn to catch up; just a minor re-touching and we’re even-stevens. Toasting goes to the caramel and it looses some sweetness, but its flavor deepens. Then deepens more and becomes a molasses, or more likely is absorbed by the already existent molasses. Hardwoods ramp up. Black pepper stays at a very decent strength but is mainly relegated to a gravely retro-hale. Mocha delineates into a well poured shot of espresso on the draw and a baker’s chocolate note at the draw’s end and into finish. I miss the caramel. Compost thickens on the backing. Leather becomes a draw note. There’s a shuffling of the deck here — a transition somewhat before the midpoint. Anything can happen now, gentlepersons!

Would someone please answer the damned door?

I roll off an inch of better-formed yet still powdery ash. Green hues have ceased appearing in the foot-smoke. All’s as white as a Pacific Northwest neighborhood. Mouth-feel is a tad dry, and a tad chewy. I’m holding off on note-naming just yet, as we are still moving furniture around a bit. Someone very quickly tosed the chewy out the window…lasted only a puff or two.

Burn jags a notch and the burn-line is attempting razor. Construction is softening, and I can just about roll out the box-press. It’s still firm at the cap, though, and it makes for a nice chew in my smoke-hole. Burn slows. I retro-hale to fading black pepper. No notes news yet — just something to relay: for all the weight here, it remains more of a hearty appetizer than an entree. This is not a complaint. Actually, what better a first offering than one which makes you desirous of a second?

Strength has either ticked down, or my manhood has ticked up. Since I’ve now been with the same woman for nearly eight years, I can only fully believe it’s that first option.

Notes are simple and clearly delineated: black pepper, espresso, dark waxy chocolate, seasoned hardwood, and leather. We’re only now at the midpoint and we shall see. Mouth-feel is more toast than cream — toasted black bread to be exact. It also serves as a type of backing. Finish is that and separate espresso dark chocolate.

Serious, though. Would ya please get the door?

Fine! I’ll get it. It’s a heavily roasted hazelnut and brown sugar. C’mon in, fellas! Sit wherever. Me? I’ll just pull up a corner of the floor. Oh, strength is back up. I’m calling it full-bodied. I’m also taking a pinch of sugar. brb

Pumpernickel backed black pepper and espresso with a now toasted cream-enhanced dark chocolate. Finish is a mottling of draw and has a long set of gams. Care is taken to guard against a burn that is now threatening to tunnel. Mouth-feel is a sharper thing than before, but moisture level stays swell. Very clean.

At the last half of the final third, a charcoal comes in, brown sugar mostly balances. “Where’s the beef?” asks a commercial from my young youth. I do believe (having talked with Sean) that it’s in the second Fable Cigars offering. I’m looking forward to it.

Now help me up into a chair. It’s all hard and chilly down here.
Toothpicked, red peppers join the black and molasses, the brown sugar.

A near life-long friendship featuring a shared passion. Logistics already in place as to B&M leanings. A sitting on pins and needles in anticipation crowd. It seems all in place for Fable Cigars to make some waves. This initial offering, while not wow-worthy is a solid enough stick to build on. I’d be interested to see how Fable’s tale changes as Sean and Mitul step further out from the shade of the RoMa Craft Skip Martin tree.

Frou-frou latte or jump into the abyss with a Red Eye. Grape soda, trust me. A nice desert wine.